Rich People Who Pretend To Be Poor.

The human animal is a great fraud in some respects. While the respectable poor, and sometimes even those in very struggling circumstances would have you believe they are much better off than they really are, and aim at imitating in manner and style the methods of their richer brethren, the latter, on the other hand, are often found posing poor, and see no harm in participating in those benefits which are especially set aside for good of certain class of the community some of whose members, however, as just hinted above, unfortunately think themselves far above such aid.

Among those whose life’s work carries them into channels identified, for instance, with the general hospitals of the country, it is a well-known fact that under the thin guise of apparent poverty many well-to-do people present themselves daily at the hospitals for free advice and medicine, never thinking or opening their eyes to the fact that they are imposing and committing a social sin against their really poor brethren, whose rights and inheritance they are trespassing upon, and in many cases to their dire loss.

This practice has grown lately to such aggressive dimensions that at last action is being taken the general body of practitioners, who naturally feel that they are being cheated for their just dues, and who confess to feeling their incomes pinched. But how the remedy to be suggested can be worked out is a problem the solution to which, one can see already, is as difficult as the evil to be remedied pernicious.

Hospitals everywhere are reporting great increase in the number of outdoor and casualty cases, a fact which proves that there is a rift in the lute somewhere. Dean Farrer, a usually well informed man, not long ago declared that nearly half London was treated at the London hospitals free of charge. If that be true, the deficiency in the balance-sheets of hospitals is explained away. 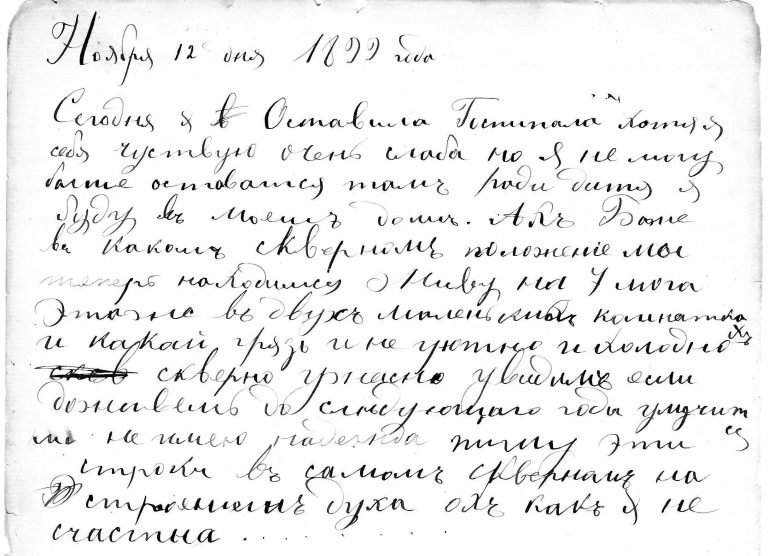 Today I have left the hospital. I could not stay there any longer. And although I am still very weak, I had to leave because of my child so that I can be in my own house. Oh, God, what an awful situation we are all in at the moment. I live on the sixth floor in two tiny rooms, which are filthy, cold and not cosy. It all looks pretty terrible. I do not know if we are going to make it through the year. I have almost lost my last hope. I am feeling very low now. Oh, how unhappy I am!

I am feeling a little better. I was about to go back to hospital. But something was keeping me from it. Might be for the better. We shall see.